Jeremiah: Weeping for the Disobedient, Part 2

Welcome to the second installment of our overview of Jeremiah's message. Last month we introduced the prophet himself and the background of his ministry and message. We learned that Jeremiah is one of the most autobiographical books in the entire Bible, and that his name means both "the Lord exalts" and "the Lord throws down". We will see after studying this book that God exalts those who seek Him but does indeed "throw down" entire nations (even Israel) which disobey Him. This series is entitled, "Weeping for the disobedient"; Jeremiah is known as the "weeping prophet", who agonized over the coming judgment on his people. This month we will examine the first six dynamic chapters of the book bearing Jeremiah's name. Before continuing with this month's lesson, please review Jeremiah 1-6. Buckle your seat belts; the prophecy of Jeremiah is a bumpy road!

The first six chapters of Jeremiah comprise his earliest messages to the people of Judah. The first chapter introduces the Lord's call and commissioning of the prophet. We see that God chose Jeremiah from the womb and called Jeremiah to ministry when he was only a youth. Young Jeremiah, like Moses had centuries earlier, claimed incompetence for prophetic ministry. Jeremiah knew the magnitude of the opposition he would face . God, however, promised to be in relationship with Jeremiah and to give him the words to speak.

Basically, the message God gave Jeremiah was concerned with condemning Judah's sinfulness. God appointed his prophet to "uproot, tear down, destroy and overthrow". Judah had forsaken the Lord and served other gods. Jeremiah's message was specifically designed to bring the people to repentance. The Lord also commissioned Jeremiah "to build and to plant". If the Jewish people could be persuaded to repent of their gross idolatry, then there was a chance that the curses promised for their sinfulness in the Mosaic Covenant could be avoided and God's blessings delivered in their stead.

Judah was given two choices. They could either repent and be saved or they could continue in sin and be severely judged. Their idolatry was an abomination to the Lord. However, they hypocritically and blindly continued to believe that all was right between themselves and God. God called them to circumcise their hearts, to truly return to Him. They were to perform radical heart surgery on themselves and cast away their corruption. these were necessary actions in order to actuate their nation's corporate healing, individual's personal restoration and in order for all nations to be saved. It can not be doubted that there was ample justification for God's judgment. From the greatest of the people to the least of them; priest and prophet, king and peasant alike were all sinful and unrepentant. Jeremiah's heart was tormented as he prophesied God's judgment on the people and the land.

The direction from which the judgment was to come would be from the north. It would come swiftly and as a direct consequence of their sin. There was no ambiguity as to whether this referred to the then most powerful nation on earth, Babylon. Those of you readers who happen to be teachers know the educational value of object lessons in order to communicate a topic. The book Jeremiah is a veritable handbook of educational object lessons. The specific object lesson the Lord would use to teach Judah to obey Him would be exile and captivity in a foreign land. As Judah had served other gods, so they would also serve foreigners.

Even so, note that even through this harsh punishment, the Lord promises that a remnant of the Jewish people would survive to appreciate and learn the Divine lesson. Jeremiah's message hearkens to the future messianic age, when Judah and Israel would be reunited in the land. In that age Jerusalem will be exalted again and all nations would serve God. At that time the symbol of God's presence, the ark of the covenant, would be irrelevant because God Himself would be present in the midst of His people.

After reading through these first six chapters we have seen that the book of Jeremiah is an emotional, vivid journey into the hands of an angry and jealous God. Next month we will see the Lord's condemnation through Jeremiah of the corrupt rituals of the Jerusalem Temple and the breaking of the Mosaic Covenant.
Posted by Scofield Prophecy Studies at 8:00 AM 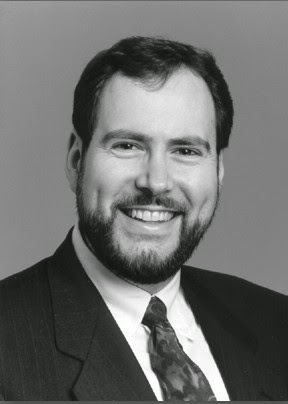 Steven C. Ger is the founder and director of Sojourner Ministries, an organization dedicated to exploring the Jewish heart of Christianity.